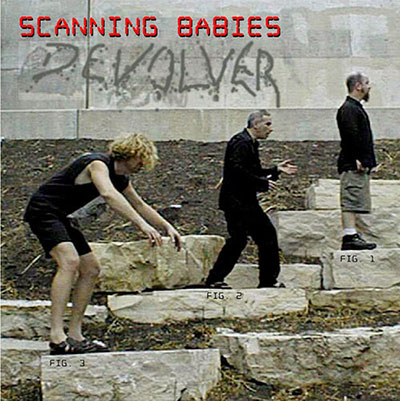 
Released May 3rd, 2008, Devolver was the second Scanning Babies release following the initial release Government Approved released in 2003. This album was released posthumously for the drummer: Tim Rutkowski (Crazy Tim). Scanning Babies features Crazy Tim on drums, L.Roy Wooley on bass, and Freebus on vox and guitar. R. Huiskens performed on drums at the CD release party May 3rd, 2008. Many of these performances can be viewed on YouTube at http://www.youtube.com/cinnamonjack. The CD artwork was done by Bil Bitz.