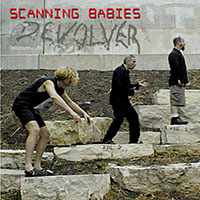 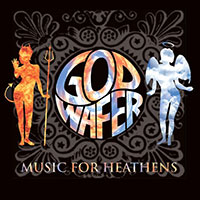 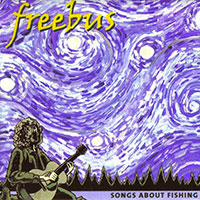 KENTUCKY JELLY - Cold Fusion Winniebago
Cold Fusion Winniebago, released in 2000, was the first of three Kentucky Jelly records. Featured on WXRT's Local Anesthetic and described by Richard Milne as "one of the best records I have listened to this year", this record led to a live on the air performance at WZRD as well as a Friday night performance at the Double Door with Pere Ubu. This record features Dominic Vaglica on drums, Superfly on bass, Wigsten on Bass, Synth, and Bvox, Crazy Tim on sax and percussion and Freebus on guitar, synth, and vox. The CD artwork was created by Bil Bitz.

FREEBUS - Songs About Fishing
The second of Freebus' 2 solo releases, Songs About Fishing is the only 2-CD Have a Sandwich release. All the 26 songs were initially recorded on a 4-track in a cabin at Camp Ronora over a 5-day span. Disc 2 features as many of the originals as will fit on a CD. Disc 1 features studio productions of 11 songs from the full 26 tracks featuring "Fill this side" honoring Jeff Szeremet. (Crazy) Tim Rutkowski played the Drums, and also contributed on congas and saxophone. R. Huiskens created the CD artwork.

FOOD CHAIN - Live At The Loft
Recorded live at one of Food Chain's now legendary loft parties, Live At The Loft is the only Have a Sandwich release that was not mixed down in Bigger than Huge Studios. The Food Chain logo was conceived and created by R. Huiskens and the CD Artwork was done by him as well..

GOD WAFER - The Host with the Most
The first of 2 God Wafer releases, The Host with the Most was released in 2003 and features the hit and cult favorite "Smurf without a mom". The album features Dyno on drums, Superfly on bass, and Gusto Tangerine on guitar and vox. The CD Artwork was done by R. Huiskens who joined the band during the production of the CD.

KENTUCKY JELLY - Heavebucket
The second of three Kentucky Jelly records, Heavebucket was released on 2001 and features the same line up as Cold Fusion Winniebago with one exception, Enzo replaces Dominic Vaglica on drums. All songs were written and recorded in one day. The artwork was done by Bil Bitz.

FREEBUS - The Yeti
Released in 2000, The Yeti is the first of Freebus' 2 solo releases. Dominic Vaglica played drums on the title track "The Yeti", "Born in Pennsylvania", "Concentrate", "Romping through the Everglades", and "Thin Black Line". Wigsten contributed trumpet and trombone on "The Yeti" and Crazy Tim contributed sax on "The Yeti" as well as percussion in "Charlie". The CD artwork was done by Bil Bitz. The painting that the artwork is based on was done by R. Huiskens and can still be found proudly on display at Bigger Than Huge Studios. 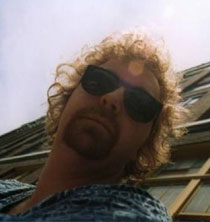